Your choice of ballast water treatment system is important. It needs to be a perfect match for your vessel, ensuring smooth operations and unfailing compliance with environmental legislation. With Alfa Laval PureBallast 3, you can be certain of both.

Considering all the aspects

Compliance Navigator is a new tool for ensuring that your ballast water treatment system complies where you sail – not just on paper. It reveals the hidden issues within type approvals, so that you can find performance to match real-life requirements. Choose your vessel, define your trade route, explore the issues that will affect your system and see how a PureBallast 3 system addresses them. 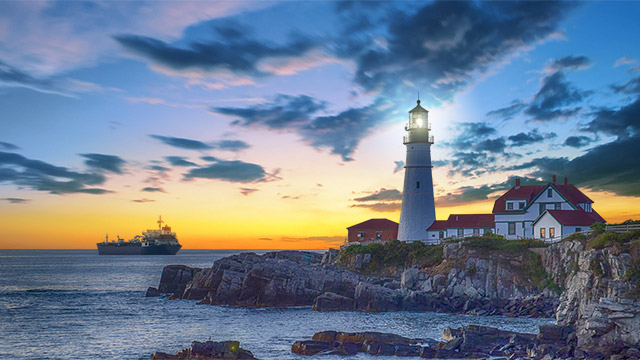 Considering all the aspects

There is no shortage of aspects to consider as you explore your ballast water treatment solution. Short-term considerations include finding the right system design and partner to ensure a successful installation, but there are also long-term considerations that will impact your compliance and OPEX. This film explores the many different aspects that will impact your vessel’s economy and your peace of mind.

UV treatment and electrochlorination are the main technologies in ballast water treatment. The first is chemical-free, the other involves active substances. Yet despite their differences, the two can be hard to compare.

With capacity, footprint and power consumption now on equal footing, focus is turning to the safety concerns, consumable expenses and hidden CAPEX costs of electrochlorination. Our white paper “Comparing UV and electrochlorination” explains why UV can be a more attractive choice for vessels of any size. 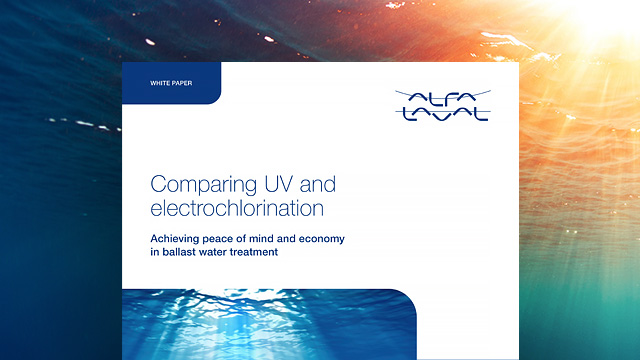 Benchmarking UV treatment systems can be confusing, especially when considering both IMO and U.S. Coast guard (USCG) values. A system with no holding time in IMO-regulated waters may have a short or long holding time under USCG jurisdiction, and the level of water clarity (UVT) it needs might also differ. The reasons have nothing to do with biological disinfection – but everything to do with testing methods. Our white paper “Understanding UV performance and measurements” explains the concepts you need to benchmark accurately.

Adopted in 2004, the BWM Convention is known officially as the International Convention for the Control and Management of Ship’s Ballast Water and Sediments. Though it took many years to ratify, its introduction triggered the development of today’s range of treatment systems

Since its ratification in September 2016, the BWM Convention has made ballast water treatment a major issue worldwide. Newbuilds require type-approved treatment systems as of September 2017, while existing vessels need to have them retrofitted by their first vessel renewal survey after that date. In essence, all vessels have to install a treatment system within a period of around five years.

Because the BWM Convention was established when less was known about the control mechanisms needed in ballast water treatment, IMO type approval certificates have developed over time. Certificates issued after 2014 offer more detail about the operating limitations of a system, such as salinity, temperature and UV transmittance levels. Any certificate issued before this date should be examined critically, and the newest revision of a certificate should always be sought.

Today the BWM Convention is interpreted in a more or less uniform way by third-party testing bodies worldwide. In addition, the IMO G8 type approval requirements have been revised, making them more stringent and bringing them in line with the USCG requirements. The IMO revised G8 guidelines took effect on 28 October 2020, which means systems without an updated type approval certificate can no longer be installed for global use.

Most notable among the many national ballast water treatment regulations, the USCG Ballast Water Discharge Standard has been in force since June 2012. As of December 2013, all new vessels wishing to deballast in United States waters must comply, with requirements for existing vessels following thereafter.

During an initial period, certain IMO-approved systems were approved for use in United States waters for a limited time as Alternative Management Systems (AMS). However, due to the availability of treatment systems with USCG type approval, IMO systems installed after 7 March 2017 will no longer be given AMS approval.

Systems submitted for USCG type approval must currently be tested according to the CMFDA/FDA staining method. Future acceptance of the most probable number (MPN) testing method, which is used by IMO and is more appropriate for UV systems like PureBallast 3, would remove ballast water holding times for many UV systems and allow the continued use of some systems approved as AMS today. In the meantime, PureBallast 3 offers a minimized USCG holding time of just 2.5 hours, which is only required when crossing between Captain of the Port Zones.

Systems must be well developed when USCG testing is performed, and the tests must be conducted by an independent third party. This degree of transparency adds credibility to the test results. In addition, there are more specific requirements on the monitoring of operating parameters during USCG tests.