2020 is fast approaching. Every day I hear from customers focused on getting their vessels ready for the coming global sulphur cap as well as those who are still planning to “wait and see.” Although many are looking forward to wrapping up these preparations, some may not realize that the next great compliance challenge is just around the corner: greenhouse gas (GHG) emissions.

We all know just how important this issue is. To minimize the impact of climate change, the Paris agreement set a long-term goal of keeping the increase in global average temperature under 2°C above pre-industrial levels.

I see some reasons to be positive. For example, decreasing coal demand suggests global carbon emissions should peak around 2024 and then drop steadily. Even so, the 2-degree scenario will be far out of reach if things continue as they are. Global temperatures have already increased by around 1.2 degrees, and even with countries like China moving away from coal, we are still on track to hit 3 degrees by the end of the century.

That means every industry – in every country – needs to act. IMO’s Marine Environment Protection Committee (MEPC) has recognized this. In 2018, they adopted an ambitious strategy to shrink shipping’s annual GHG emissions to 50% of 2008 levels by 2050, with the ultimate goal of having a carbon-free industry by the end of the century. For CO2 specifically, the strategy’s aim is to bring average emissions down by 40% compared to 2008 levels as soon as 2030, with a goal to reduce them as low as 70% by 2050.

So how do we get there? Short-term, there are already steps fleets can take to reduce GHG emissions. Slow steaming is the easiest option today, and I think we could very well see speed limits imposed on certain vessels or in certain regions in the near future. However, this approach will of course mean longer voyage times and, eventually, more ships sailing on each route.

Ultimately, decarbonizing the shipping industry is going to mean switching to clean and sustainable fuels. Yes, a number of alternatives to HSFO are already becoming more common thanks, in part, to the 2020 sulphur cap. But while MGO or VLSFO may emit less CO2 at sea, their use actually means more GHGs are released in refineries on land.

Some industry players claim that LNG reduces emissions by around 20-25% compared to HSFOs. However, the latest scientific lifecycle analyses show that only 2-stroke, high-pressure dual-fuel engines contribute to slightly reduced GHG emissions. For all other LNG options, the increase in GHG emissions are equal to those that accompany MGO or HSFO. The continued use of HSFO with a scrubber may even help towards global CO2 reduction!

Simply put, meeting the IMO targets is going to require continued innovation and the introduction of alternative fuel sources. Development and testing are well underway in both the automotive and marine industries, but there are still many challenges left to solve.

Hydrogen, for example, can be a zero-emission fuel, but today 90% of hydrogen production involves natural gas and energy-intensive processes that release huge amounts of CO2. Water-based electrolysis methods using renewable energy are more environmentally friendly, but this technology is still prohibitively expensive. The same applies to other promising “power-to-X” technologies. Nevertheless, we are already seeing significant progress in the development of battery and hydrogen fuel cell vehicles.

Vegetable-based biofuels (e.g. FAME, HVO) are another renewable alternative with significantly lower emissions levels than traditional marine fuel oils. However, global biofuel production remains far below the levels needed to support today’s growing shipping industry, with aviation and automotive also needing a very large portion of the current supply. Furthermore, depending on the type of vegetable resources used, production of these fuels can create further environmental challenges due to deforestation and heavy water consumption. And, of course, much of the vegetable oil supply around the world will still be needed as a critical food source.

Ammonia is yet another option gaining attention. If properly combusted, only nitrogen and water are emitted, and it is possible to suppress the formation of NOx. The trick is that ammonia is highly toxic and thus entails safety concerns far beyond those of traditional fuels. This can make it difficult to work with in a marine environment.

There are plenty of other examples, but they all reveal that there is still a lot of work to do. The new fuels are in different stages of development, and it’s unlikely we will soon find a single solution that works for the whole industry. The future marine fuel landscape promises to be even more complicated than today’s.

Flexibility will continue to become more important, and the design for any new ship in the coming years should consider how it can switch to low- and zero-emission fuels later on. This is where we at Alfa Laval can help. Our development is heavily focused on new solutions for improving energy efficiency and adapting to emerging fuels, and we have years of expertise in both liquid and gaseous fluids. We already offer a fuel conditioning system for methanol, and we have recently introduced one for LPG that can even be modified to work with ammonia.

No matter what your fuel plans are currently, you will no doubt have a lot of new questions in the coming years. Rest assured that we will be here to keep you updated with the latest developments and news when you need it. Everyone in the marine industry is preparing to take a dramatic – but exciting – journey into a new world of fuels. Alfa Laval is ready to be your partner during this process, so you can be confident you don’t have to make that journey alone!

Dr. Markus Hoffmann joined Alfa Laval in 2017 as Global Application Manager, bringing many years of experience in the oil and chemical industries. Among other responsibilities, Markus oversees sales and product development for fuel and lube oil treatment solutions. He also monitors the latest marine fuel developments for Alfa Laval, including topics related to consumption trends, new and emerging regulations and technology conversion. Markus is Chairman for fuel standardization for marine and power plants in Sweden, a member of CIMAC working groups for fuels and lubricants, and a member of ISO working on the development of the marine fuel standards ISO 8217 and PAS 23263. 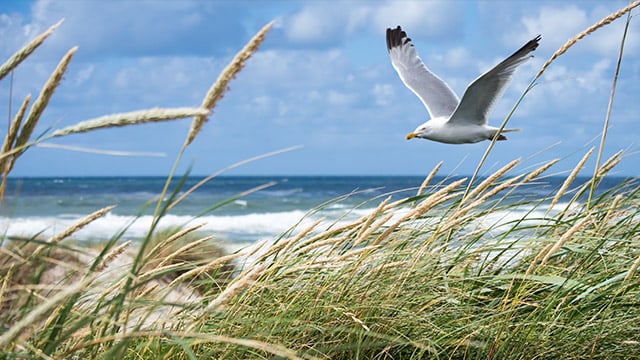